1300. The Power of Remembering Ancestors By Rachel J. Trotter, in Meridian Magazine

I haven't posted for almost 3 weeks, and I can't believe I haven't done that!  I have been very busy with music during that time.  I taught piano lessons for 40 years, and have had some simplified music books published in the past.  I have written out about 18 Christmas songs and hymns, and sent them to many friends, as PDF copies.  I have also written out 59 hymns, (over several years) and many Primary songs, and I am happy to send them to you ,  FREE, to your internet so you can print them out, and possibly put them in plastic sheet protectors and in a binder.  Some I have had printed in books, but that costs money, and you can print them yourselves for free! So if you want any of them, please send me an e mail to ---   paralee.eckman@gmail.com Now here is a wonderful article.  Tonight we had a Zoom fireside in our stake, telling so much about sharing stories about ourselves and ancestors on Family Search.  Then I found this article which is so good!   The Power of Rememb
Post a Comment
Read more

1299. How witnessing 2 neighborhood tragedies led this man to connect with others through bread, by LDS Living | Nov. 12, 2020 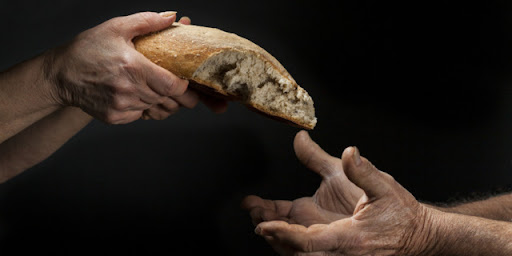 The other entry I posted today was about getting to know people of other faiths, and learning from them.  I'm putting them both out today, as I believe they are related, and in getting to know our neighbors, and those of other faiths, we can truly "Love Our Neighbor" -- especially at this holiday time, and Christmas time! How witnessing 2 neighborhood tragedies led this man to connect with others through bread by LDS Living  | Nov. 12, 2020 Makes You Think In this week's episode of   This Is the Gospel ,  three storytellers share what the gospel of Jesus Christ looks like in action. After witnessing two neighborhood tragedies, Ben decides to reach out to his neighbors through a new weekly practice. Read to find out how Ben applied the gospel of Jesus Christ through something as ordinary as a loaf of bread.  An adapted excerpt from the story is below. You can also  listen to the full episode here  or  read a transcript here . Last May, I was asked to speak at a Relief
Post a Comment
Read more

1298. The elephant in the dark: Seeking to learn from friends of other faiths byJenny Stewart, from LDS Living 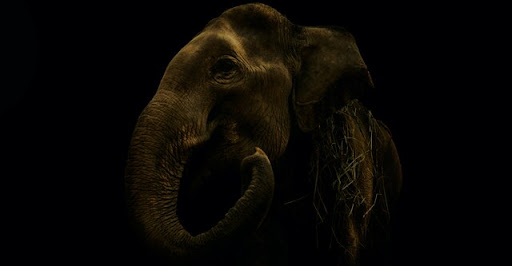 Today I will post 2 entries.  I believe their messages are related!  Getting to know our neighbors, and also this one, about getting acquainted with, and seeking to learn from friends of other faiths! The elephant in the dark: Seeking to learn from friends of other faiths by Jenny Stewart, Contributor  | Nov. 10, 2020  “He remembereth every creature of his creating, he will make himself manifest unto all” — Mosiah 27:30 In 2013, I attended a small Baptist congregation. I was pleased to visit a new church, but in my heart of hearts, I think I was watching for false doctrine or heavy marketing. I was greeted at the door by a kind middle-aged woman and then sat at a pew feeling a little awkward. Could they see that I was an interloper? Were we enemies, just pretending at acceptance? I was wearing a missionary name tag, so I wasn’t exactly incognito. The meeting was memorable. I was impressed by the guitar accompaniment. I scribbled notes on the program during the sermon. I was greeted b
Post a Comment
Read more 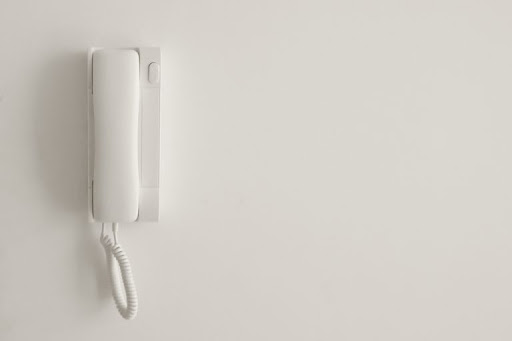 This is a very inspirational article!  It helps you recognize things like this in your own life! When You Wonder if God is in the Details of Your Life By  Maurine Proctor  · November 13, 2020 Whenever I wonder if God is in the details of my life, I think back to a nearly unused telephone on the wall of a dark hall in a church building in Chicago. We are assured in scripture and by modern prophets that our lives themselves are a divine conversation with Him, and that far from being a distant God who lets our lives play out randomly, He is personal, aware and in the details more than we see or understand. Elder Ronald A. Rasband said, “Our lives are like a chessboard, and the Lord moves us from one place to another﻿—if we are responsive to spiritual promptings. Looking back, we can see His hand in our lives.” Elder Neal A. Maxwell, for whom this was a theme said, “So it is, amid the vastness of His creations, God’s personal shaping influence is felt in the details of our lives﻿—not onl
Post a Comment
Read more

1296. Chapter 5 of the New Testament series: Matthew 13-15: Parables, and teachings of Jesus Christ. My notes. 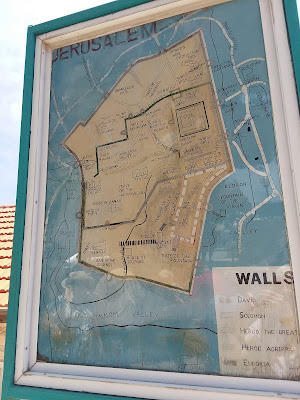 These images I took on a tour of Israel.    Chapter 5 – New Testament. Matthew 13 to 15.  These events took place at a time when Jesus Christ and His disciples were facing increasing opposition from many Pharisees.  Jesus began using a teaching method called parables to teach truths about the kingdom of Heaven. The word parable means “a comparison” or setting side by side.  Each compares the “kingdom of heaven” to a physical object, and could reach listeners at their individual levels of spirituality.  The Prophet Joseph Smith taught, “I have a key by which I understand the scriptures.  I inquire what was the question which drew out the answer, or caused Jesus to utter the parable?”  In some parables the Savior Himself gave the interpretation, such as the parable of the sower and the wheat and the tares. Pres. Hugh B. Brown pointed out that the Savior’s parables most likely developed out of ordinary day-to-day experiences.  They were word pictures of what he had observed as he lived am
Post a Comment
Read more

1295. Celebrating Veteran's Day! My father Orson Pratt Miles, my husband Wayne D Eckman and his twin Blaine D Eckman, and my son Allen R. Eckman have all been in the Military! 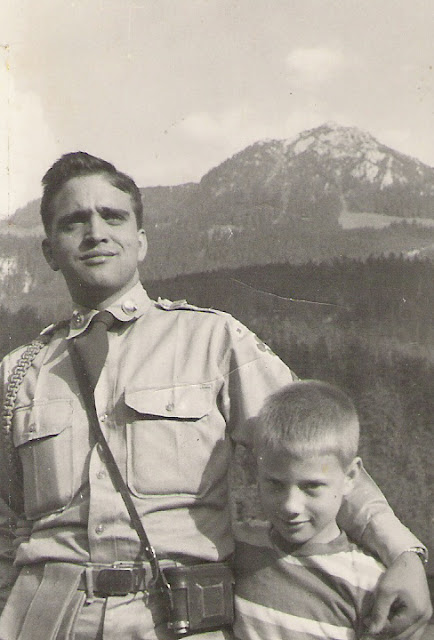 I am so proud of the men in our family who served our country in the military!   My husband Wayne and his twin brother Blaine were in the army in 1953 to 1955 during the Korean war time, but were in Europe ; my father Orson Pratt Miles who was in World War I, and our son Allen, who was in the Air Force 6 years, and served during Desert Storm as a navigator in a refueling airplane. Wayne in Austria, 1954, with a young son of the Mission President there. Wayne's official Army portrait! And photos above of his army life. Wayne and Blaine with a friend, in California at Fort Ord, in basic training.  When they got home from their missions in Sweden, their draft papers were waiting! Blaine's official Army portrait. Wayne, also another Army portrait. This was Wayne and Blaine while in the army, when they were at an LDS Servicemen's conference, and were able to wear their "civies", which they called their regular Sunday clothes. Wayne sent me this photo when we were writi
Post a Comment
Read more
More posts 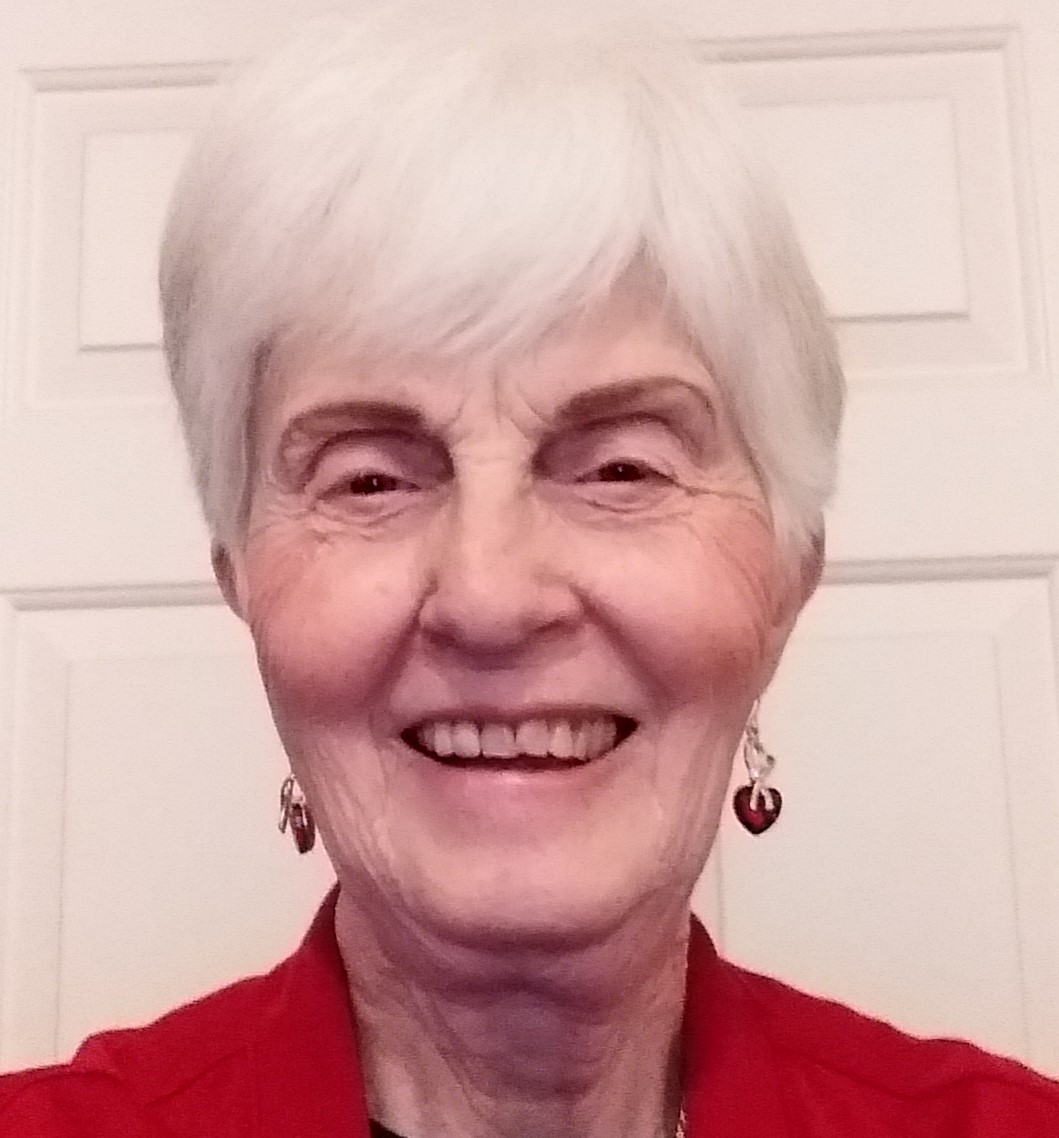